What are the Advantages of GST (Goods and Services Tax)? GST Benefits

The Goods and Service Tax (GST) is an indirect tax imposed on the supply of products/goods and services in India. It is considered to be the biggest indirect tax reform of India. GST was first introduced on 1st July 2017. GST has merged together many indirect taxes into a single tax.

The main reason to form GST was to have a single tax structure from the point where goods are manufactured till the goods or services are delivered to the customer.

GST was founded on the idea of  ‘one nation, one tax.’ One of  the main reasons behind the formation of GST was to have a transparent tax system, removing the cascading effect of tax and removing the taxes which were indirectly imposed by the State and Union. The biggest advantage of formation of GST is to create a uniform/unified market in India.

The Central Government as well as the State Government impose taxes on goods and services, known as IGST or CGST and SGST respectively.

Types of Goods and Services Tax:

Listed Below Are The Top Benefits of GST:

1. Elimination of cascading effect of tax

Cascading effect is the tax charged on tax until it is sold to the final consumer, the good is taxed on every stage of its production. The final consumer had to haul multiple taxes resulting in an increase of prices.

Before GST was commenced, there were different amounts of taxes being charged on the same goods and services in different states. As every state and local self governments had strong taxation rights, different taxes such as VAT, CST, Service Tax, Excise were charged.

But, due to GST, there is a uniform tax on goods and services in the whole country. GST is being led by a Central Tax Authority. The chairperson of this authority is the Union Finance Minister.

Let us try to understand this concept with an example:

In the current GST scenario:

The gst before and after effects shows how the cascading effects are removed eventually.

GST is leading the way from front by creating a transparent structure where the products and services can be classified in a more simple manner. When any stage does not fall under the supply, it won’t be taxable under GST. So, the clashes whether an item or activity is a product or a service, such litigation is unlikely to occur.

The calculation of taxes at multiple stages at the different stages of the supply chain have now become simple. Consumers and Vendors, both have a clearer idea of the amount of tax being charged, being one of the biggest advantages of gst.

3. Beneficial for small businesses and startups

To increase the reduced taxes, a Composition scheme was introduced under GST. All the small business owners registered under this scheme are required to pay a fixed percentage of tax from their annual turnover. Among all the advantages of gst this is the most impacting one, as more number of small businesses can grow.

Scenario before the implementation of GST:

All the businesses with a turnover of more than ₹5 lakhs had to compulsorily register for VAT. This limit differed state wise. Service providers with turnover less than ₹10 lakhs, the service tax was exempted for them.

Scenario after the implementation of GST:

All the businesses with a turnover of upto ₹75 lakhs have to pay only 1% tax on their turn over.. This limit differed state wise. Service providers with turnover less than ₹20 lakhs, the service tax was exempted for them.

4. Termination of multiple layers of taxation

One of the biggest advantages of GST is that all the different tax lines such as Service Tax, Sales Tax, Custom Excise, Luxury Tax, etc are all integrated into one tax. The taxes which are imposed on different layers, at different stages on the goods and services is prevented through GST.

A uniform tax structure – All the laws, procedures and tax rates have been merged resulting in a simplified tax, eliminating all the different layers of taxes.

Before GST businesses had to face issues regarding the registration of VAT, custom duties, communicate with the tax authorities etc. The difficulties in indirect tax consent have been reduced. All these benefits of GST allows the businesses to carry out their work with ease.

Also corruption and sales without receipt will get eliminated due to GST providing a transparent business market. GST registration or return filing, everything is now done online. This is opposite of the previous tax regime where the business owner himself had to get registered to various indirect taxes.

6. Formation of a common and standard National Market

GST resulted in formation of uniform tax laws among all the sectors concerning indirect tax. It simplifies the economy by eliminating the economic distortion by forming a single common national market. The tax to Gross Domestic Product ratio got a boost due to GST facilitating long term growth and economic efficiency.

GST Impact in the Indian Economy:

In history, India has been criticized for its taxation structure. India has relied much on the indirect taxes because of the political compulsions, uneven income, low levels of income, infrastructure etc.

India is expected to play a very important role in the world economy in the coming years. With so many benefits of gst we are likely to become an economic superpower in a few years!

Checkout the Impact of GST on Indian Economy

The custom duties on exports have been reduced due to GST. This will encourage the producers to purchase raw materials from different regions and registered dealers through which more number of vendors and suppliers will come in the preview of taxation. Companies have now become more ambitious in expanding business worldwide.

With the decrease in the production cost in the domestic market, the value and competitiveness of indian goods will increase in the international market. So due to this, it is expected that GST will allow various Indian companies to establish themselves in the global market.

GST being a simple and smooth taxation system will increase the number  of taxpayers due to which the tax revenues will be generated to the government. The simplified tax structure will widen the tax base.

3. Simple tax structure/regime a step towards a Brighter Economy

By merging a large number of Central and States taxes into a single tax, it is expected that taxation has become easy in all the sectors which will increase the number of taxpayers. Because of the transparent tax  structure, it will be easier to monitor and administer the patterns. For the end consumers, tax reduction in overall goods and services will be the beneficial factor.

With so many gst benefits, it  holds a promise of a brighter economy.  The gst effects in India will let the economy reach greater heights.

Earlier companies had to face taxation roadblocks, like toll plaza and check posts which created problems such as damage to products while transportation. So, the vendors/manufacturers had to keep stock to make up for the damaged products. The profits were hugely affected in storing and warehousing the products. Now, they can easily transport the goods across India increasing the pan India operations.

Benifits of GST For E-Commerce Sellers:

For all the online sellers in the ecommerce sector, it is mandatory for all the sellers to register for GST. For businesses this limit is 20 lakhs. However, such a limit is not applicable to online e-commerce marketplace vendors. If this limitation could be removed, more number of sellers could be a party of the online marketplace.

Government introduced a composition scheme for small businesses. Many of the vendors registered with various ecommerce marketplaces are SMB’s.  In this scheme, businesses are required to file returns in every three months instead of monthly at a nominal rate of 2%. But, GST law has excluded e-commerce businesses from this composition scheme.

3. Tax Collection at the Marketplace Operator

Under GST, for all the ecommerce sellers, the marketplace operators have to mandatorily deduct a percentage amount as GST liability of the seller, and deposit it to the government. This process is termed as ‘Tax Collection at Source’ (TCS). The sellers have to file monthly returns under GST to claim the credit of TCS collected by the operator of marketplace.

So, all the sellers need to be aware of the changes such as –

Before GST, the small enterprises were confined to their states only due to the huge number of taxes to be paid, reducing the reach to different states and countries. With the introduction of GST, the online sellers got relieved of the multi layered tax structure. So, with a single tax structure, the small and medium sized business can now reach out and compete with larger enterprises which will ultimately increase the e-commerce market.

With so many gst benefits, and advantages of gst we can ourself see how deeply GST has impacted the Indian economy. Implementation of GST has improved the taxation standards and have set a benchmark. With the effects of GST studies have shown that it is one of the best taxation structures. From small businesses to large ones, from the manufacturers to the end customers, it has been in favour of all!

Importance of GST can be felt by all the sectors, as how easier and smooth the tax filing, adn return filing have become for individuals.

1. What are the advantages of gst?

A. Elimination of cascading effect.
B. Simplified and transparent tax structure
C. Beneficial for small businesses and startups
D. Termination of multiple layers of taxation

The revenue of IGST is shared by State Government and Central Government as per the fixed rates in the gst bill.

The full form of CGST is Central Goods and Service Tax. This central tax is responsible for collection of tax on intra state supply of goods and services. 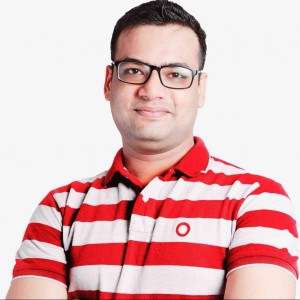